General
Untouched and hospitable, a country with an enormous diversity and one of the few places in the world where the tropical rainforest is still completely pristine.

Meet two authentic cultures in the interior of Suriname: that of the original inhabitants, the Amerindians and that of the Maroons. The population of Suriname, apart from the Maroons and Amerindians, further consists of: Creole, Hindustani, Javanese, Chinese, Dutch, Lebanese and of course an increasingly growing mixed ethnic population.
Together, they form a multi-cultural community at its best with exotic eateries, traditional costumes, rituals and music. Sometimes you may think yourself in Africa, then again in India or even Indonesia. But you will always feel right at home since hospitality comes naturally in Suriname.

The country is famous for its dedication to nature preservation and over 80% of its original forest is still untouched. Together with organization Conservation International, the Surinamese government established the “Central Suriname Nature Reserve”.
This nature reserve consists of more than 1.6 million acres of tropical rainforest in the basin of the Coppename river in West-Central Suriname. The reserve from a passage connecting the three existing protected areas: Raleigh Falls in the North, and Tafelberg and Mount Eilerts de Haan in the South.
The Surinamese interior also consists of a magnificent nature with far-reaching trees, wide, meandering rivers with impressive rapids and enchanting sounds at night; all of this forms part of the Amazon rainforest. But Suriname is also praised for its capital city Paramaribo, also called a ‘museum’ by many. Historical buildings take you back in time when the Dutch, English, French, Spaniards and Portuguese were present. The capital Paramaribo and the Central Suriname Nature Reserve are both placed on the World Heritage List of UNESCO.
Cultures
The population of Suriname generally consists of Creole, Maroon, Hindustani, Amerindian, Javanese, Chinese, Dutch and Lebanese. In this rainbow of cultures we find a colorful mix of ethnic groups in the heritage of Suriname’s colonial past. Together they form a multi-cultural community at its best, with exotic eateries, traditional costumes, rituals and music. You will sometimes think yourself in Africa and at other times in India or even in Indonesia. But you will always feel at home because hospitality comes naturally in Suriname.
Location
The Republic of Suriname, on the North-east coast of South America, bordered by Guyana in the West, French Guiana in the East and Brazil in the South, is the least populated tropical country in the world; approximately 95% of the 450,000 inhabitants live in the capital Paramaribo and in smaller villages along the coast en river banks.
Paramaribo
The capital city Paramaribo reflects an exotic miniature world consisting of various ethnic groups and cultures. The cacophony of city life is shadowed by numerous trees alongside the pavement and footpaths. Paramaribo has a unique diversity in architecture, cultures and religions and is one of the few places in the world where mosques, Hindu temples, synagogues and Christian coexist peacefully side by side.
In the bustling Central Market, the scent of tropical fruits and exotic spices fills the air. Shoppers will find stalls bulging with brightly colored oriental silks and batiks, handcrafted gold jewelry, native woodcarvings, fresh tropical fruit and vegetables.
Suriname knows a wide array of influences from African, Javanese, Hindustani, Creole and Dutch cuisine and you can choose daily from a wide variety of restaurants and eateries where you can enjoy tantalizing local and international dishes.
Amazon Rainforest
Suriname is ideally situated for preservation of its unique tropical rainforest. Although Suriname is a relatively small country, it is internationally of great meaning since it has the highest percentage tropical rainforest in the world whereby more than 80% of the total landscape is covered by rainforest and the deterioration degree is less than 0.1% per year. The surface of the Surinamese rainforest is nine times that of Costa Rica!
Eco system
With its 3,000 miles of waterways, Suriname is well-known for its meandering and seething rivers. Less familiar but equally intriguing are the many savannahs, coastal regions and swamp areas. On the beach along the coast, in the period February until August, large sea turtles come ashore to lay their eggs.
Language
The official language in Suriname is Dutch but English is also widely spoken along the coast. The only language spoken throughout the country is “Sranang Tongo”, the lingua franca of Suriname. Within the various ethnic groups and tribes the own language is also widely spoken.
Climate
Suriname is a country full of sunshine! Not a day goes by without sunshine even in the rainy season. According to European standards Suriname is of course a warm climate country but due to a constant cool breeze coming from the North-east trade wind, the temperature is still pleasant, averaging around 28 degrees Celsius. In the far interior, the temperature at night can drop to 20 degrees Celsius. The long rainy season starts mid April to mid July and the small rainy season is from December to January. The two dry seasons are from mid July to November and February to mid April.
Currency
One Surinamese dollar equals 100 cents. Bank notes are issued in amounts of 100, 50, 20, 10 and 5. Some large shops in Paramaribo also accept US dollars or Euros. Foreign currency can be changes at the local banks or exchange offices (cambios). A few hotels and tour companies also accept credit cards and you can also use your pin card.
At payment via travelers’ checks, credit cards and pin card, administration costs will be charged. This payment method is however not widely accepted. We advise you therefore to also carry cash (US dollars or Euros) with you.
Electricity
In Suriname, 110/127 Volts and 60 cycles is used. There is no electricity in the interior.
Transportation to Suriname
Surinam Airways (SLM) offers international and regional flights to Suriname from Amsterdam (The Netherlands), Belem (Brazil), Willemstad (Curacao), Oranjestad (Aruba), Port of Spain (Trinidad) and Bridgetown (Barbados).
Other airline services to Suriname are provided by KLM, Martin Air, Caribbean Star (BWIA) and META Airlines.
Transportation in Paramaribo
Transportation in the capital city is possible by bus or taxi. Note: taxies are often not clearly marked and do not have a taxi meter. The hotels will be happy to arrange a taxi and it is recommended that you ask for the fare prior to departure.
Transportation to and from the interior
Some destinations lie deep within the interior and can only be reached by airplane. The main means of transportation in the interior is by dug-out canoe (small wooden boat) with outboard engine. 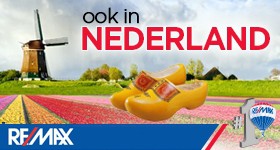 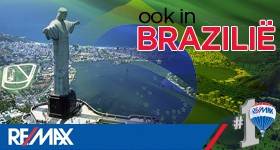 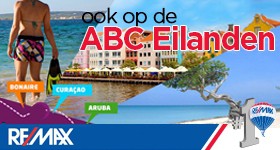 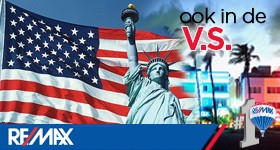 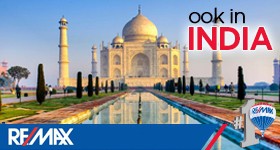